The EloView Development Team has been working to enhance the robustness of content delivery within EloView. These enhancements have been added to EloView, to reduce content errors and screen downtime. To enable the content status robustness features, please data reset all devices. Additionally, all attract loops must be deleted and recreated in order to function with this feature.

What Can You Expect?

Error Messaging
If an error with content arises, an error message next to the device will be shown. This error message will explain the problem in detail so that users will understand how to correctly respond to the situation.

Status Bar and Checkmarks
A checkmark will appear when an application is confirmed to be running. A red “X” icon will appear if a command request has failed. By hovering over the icon, a message will appear explaining the failure. The original checkmark or red icon will not change until the issue is resolved; either by a user action or by content reloading.

Progress Bar
Although the progress indicator tool was available in previous versions, the tool has been improved for precision and reliability. You can expect this feature to be accurate at all times.

I-series Irrecoverable State Improvement
In previous versions of EloView, the device would enter an irrecoverable state when an application was downloading and installing and the user dragged and dropped another Application. This bug has been fixed; the device is not expected to enter this state.

Placeholder Video
A placeholder video which reads “Excuse us for a moment” and “We'll be right back” has been developed to respond to moments when the content chain and the EloView I-Series is not able to download, install, or run the application or web page as scheduled. 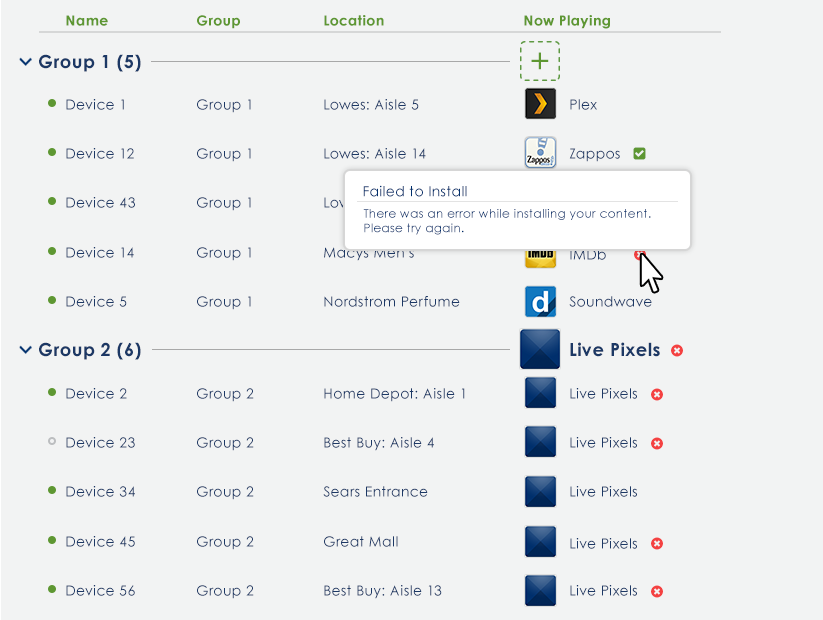 Below is a description of additional enhancements.